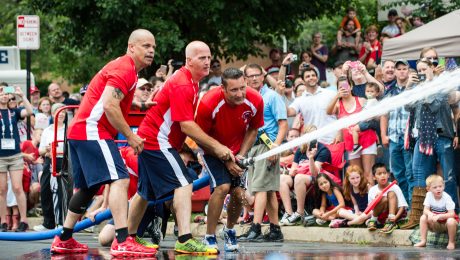 The planned event dates are between June 27, 2025, and July 6, 2025. The World Police and Fire Games averages around 10,000 athletes for the competition, in addition to attendees. The event will contain more than 50 sports and is open to active and retired law enforcement and fire service personnel throughout the world.

Those advantages include the quality of the venues. By 2025, Birmingham will be home to a new stadium at the BJCC and a renovated Legacy Arena.

“I’ve known about the games for a while, so when there was an opportunity to get Birmingham out in the fray, I thought that this was very exciting, certainly (with) what we’ve done with the World Games coming up, the Senior Games, (so) we are kind of versed in that multi-sport world,” said David Galbaugh, vice president of sports sales and marketing at the Greater Birmingham Convention and Visitors Bureau.

Galbaugh said the bid process is ongoing, with interest from several cities. Officials said Birmingham will present a formal bid to host the 2025 edition of the event at the 2020 World Police and Fire Games in the Netherlands.