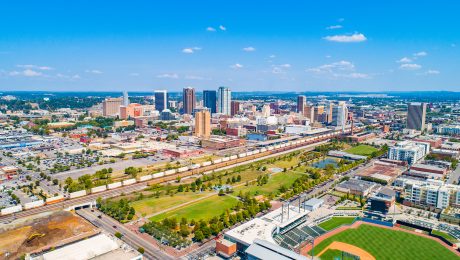 “From the beginning, we were impressed by all that Birmingham has to offer,” said LC Collins, World Police and Fire Games President. “We believe that this city is the whole package – from its venues, infrastructure and history of hosting major events, to its entertainment, dining, and attractions. This is a special place, and we are confident that our first responders, spectators and their families are going to be a part of an event to remember.”

The 2025 World Police and Fire Games, which will take place June 27 to July 6, will feature more than 10,000 first responders competing in 1,600 medal events. The full lineup of sports will be announced in the future but is expected to include more than 55 disciplines, ranging from more traditional offerings like cycling, golf, softball and angling, to unique competitions like ‘ultimate firefighter,’ ‘toughest competitor alive,’ CrossFit, stair climb, and dragon boat. Events will be hosted at more than 35 venues across the city and will be free and open for all spectators.

“Birmingham is thrilled to open its doors to the 2025 World Police and Fire Games,” said Birmingham Mayor Randall Woodfin. “We’re a city that thrives on the spirit of competition. When our world begins to return to a place of normalcy post-quarantine, it’s events like the World Police and Fire Games that will offer the camaraderie and celebration our residents are currently craving. It will be an incredible way to keep Birmingham’s momentum rolling following The World Games in 2022.”

“It’s exciting to be able to look past COVID-19 to a time when we will be able have events again,” added Jefferson County Commissioner Steve Ammons, “The World Police and Fire Games is expected to have an economic impact of $75 million on the Birmingham region and will showcase our home to over 150,000 people between athletes, supporters and spectators. I’m confident that we will be prepared to host in 2025, especially following our expected success of The World Games in 2022.”

Founded in 1987 as a biennial international sporting event, the World Police and Fire Games celebrates the service and dedication of first responders across the globe, and unites them to participate in a wide range of fierce-but-friendly athletic competitions equally built on competitiveness and comradery.

The 2025 World Police and Fire Games will further establish Birmingham as a premier sports event destination, building on the success of the city’s large-scale sporting events such as the 2017 National Senior Games and The World Games 2022.

“With The World Games 2022 and the 2025 World Police and Fire Games, Birmingham will host two of the top international amateur sports events in a four-year period, further establishing our area as an international sports destination,” John Oros, Jr., president and CEO of the Greater Birmingham Convention & Visitors Bureau, said. “These events and others of smaller size contribute heavily to our community’s economy and underline the importance of travel and tourism in the greater Birmingham area.”

ABOUT THE 2025 WORLD POLICE AND FIRE GAMES

The 2025 World Police and Fire Games (WPFG) is an international sporting event set to unite thousands of First Responders from around the globe who will participate in a wide range of fierce-but-friendly athletic competitions built equally on competition and comradery. A multiweek competition that is free to attend, family friendly and entertaining for all ages, the 2025 WPFG will celebrate the service and dedication of First Responders as each biennial Games has since its founding in 1987. The 2025 WPFG will take place in Birmingham, Alabama – a city whose bright future in the heart of the American South is built on its continued commitment to progress, innovation and leadership. For more information about the 2025 WPFG, visit www.bhm2025.com.